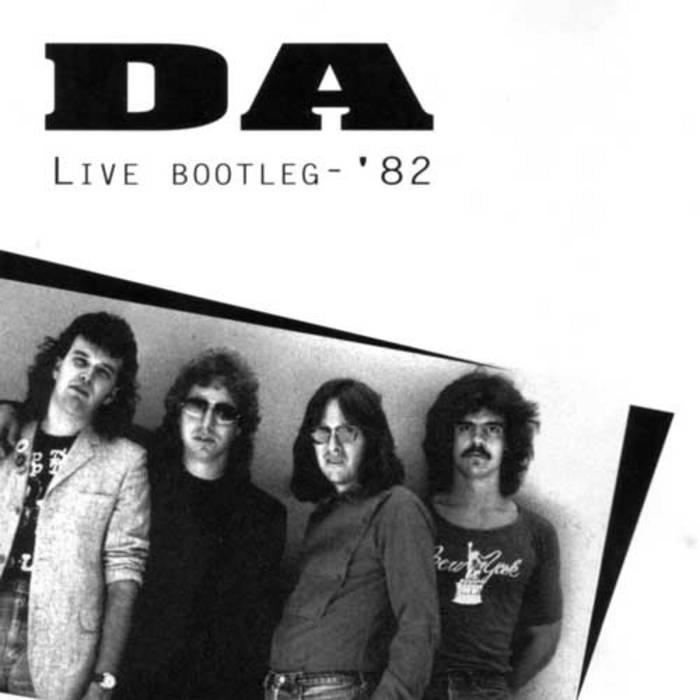 Congratulations! You, the discriminating consumer, hold in your hands the first officially released live CD/cassette by Daniel Amos, and the first offering from the newly formed STUNT RECORDS. For as long as the band has been in existence, "bootleg" copies of it's concerts have been swapped among "Da-ophiles". This show itself has generated many boots, as have concerts by the original quartet and the six-piece "horrendous" group. Let me take you back to the night of April 30, 1982. The line-up of Daniel Amos for the Alarma! tour was Terry Taylor, Ed McTaggart, Jerry Chamberlain, and the new bassist Tim Chandler - basically the group that recorded "Doppelganger". The tour showcased songs from all periods of DA's existence, including several tracks from the soon-to-be-recorded "Doppelganger" lp. The scene was New Covenant Fellowship, in St. Louis, Missouri. Your humble scribe was then a fledgling recording engineer.

As part of the training for my engineering class, I persuaded a local studio to loan me an eight-track recorder, a console, and several microphones. Even more fun was convincing the DA boys and their management to allow me to record the concert. Given the legal hassles the group had experienced, this was not easy. But because I had built a relationship with Terry and the guys over the previous five years, they agreed - oddly enough, on the condition that the tapes would not be commercially released! If my memory serves me correctly, when the group arrived in St. Louis, we had less than a day to set up their gear and the recording equipment, and rehearse how the recording of the concert would take place. Also, Terry and Jerry had recently had their prized Rickenbacher and Gibson guitars stolen and each was playing a borrowed instrument. Their mood suggested that carrying through with the recording might not be the best idea, but once we had done a quick mix of a few rehearsal tunes, they were satisfied that things sounded OK. (For trivia buffs, Derald Daugherty of the Choir was doing the band's live sound back then.)

That spring evening, about 1000 folks showed up at New Covenant, and were treated to a fiery performance. The band blasted through it's opening number, "I Love You #19" (which has become somewhat of a signature tune over the years) and plowed right into "I'm On Your Team" (a concert fave that, until the release of the "Edward Daniel Taylor" project, hadn't been available in ANY form.) The St. Louis audience was also treated to the rare "Everyone's Fallen Down" now available for the first time ANYWHERE. Other songs exclusive to this package are: "love Has open Arms" and the "Surf Suite", a centerpiece of DA shows for many years. In fact, this is actually the first time ANY material from "Horrendous Disc", "Alarma!" or "Doppelganger" is available on compact disc. As one who has witnessed concerts from every phase of the DA phenomenon, I'd say this evening in 1982 was one of the band's best. Oh, and Terry - I know the band didn't quite break even that night, so meet me at Denny's in Costa Mesa and I'll buy the guys a patty melt. That should just about even the shore! - Bruce A. Brown
(Bruce is a writer for CCM and Harvest Rock Syndicate and has also produced acclaimed radio specials on "Alarma!" and "Doppelganger")

Bandcamp Daily  your guide to the world of Bandcamp

Cannibal Corpse's George "Corpsegrinder" Fisher stops by for an interview